Low-Earth orbit is home to the majority of current human activity in space, and it shows: thousands of pieces of debris, from tiny fragments to large, inoperative spacecraft to empty launch fairings, clutter the region up to 1,000 miles above Earth, creating a challenge to navigation and a real and growing danger to the people and technologies that work there.

But there are solutions in development to help clean up LEO. Join SSPI Mid-Atlantic and our panelists from Astroscale, Roccor, The Aerospace Corporation and LeoLabs to learn what's being done to make LEO safer for everyone. 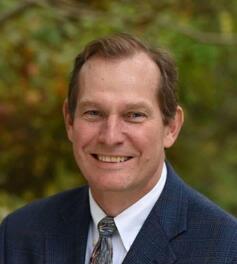 Dr. Bryan Benedict serves as Senior Director of Innovation & Spacecraft Programs at SES Government Solutions. During his career he has worked extensively within the commercial industry, DoD and US Civil Agencies to socialize the advantages of hosting payloads on commercial spacecraft.  Additionally, Dr. Benedict has been a key advocate in the commercial industry for the use of space robotics for both recovery and life extension of geosynchronous satellites.  Dr. Benedict has been awarded a number of patents throughout his career – the latest for delivery of microsatellites to orbit piggybacking on the nadir deck of geosynchronous communication satellites. 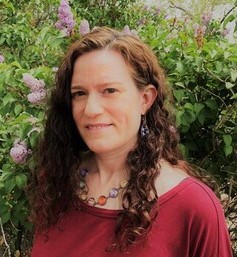 Dana Turse is the Director of Advanced Concepts at Roccor, a Redwire company.  Ms. Turse has a degree in Mechanical Engineering from Colorado State University and has spent the past 18 years developing deployable space structures based on high performance Fiber Reinforced Polymer Composites.  She has served as the Chief Architect and Engineer on several spaceflight missions involving deployable masts, solar arrays, solar sails, drag sails and antennas, and holds over 20 patents for the associated technologies.  Ms. Turse currently serves as the Principal Investigator on spaceflight missions for DoD, Civil Space and commercial customers.  She is also a Co-Investigator on NASA’s Solar Cruiser Mission which will demonstrate the largest-ever deployable solar sail. 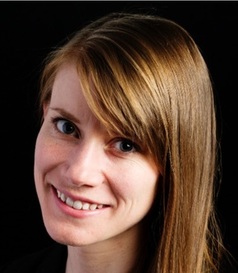 Carolyn Belle engages in space industry growth and diversification, with expertise in the market dynamics of on-orbit servicing, emerging satellite applications, and the creation of diversified space architectures. Carolyn currently works with commercial and government satellite operators to pursue new approaches to on-orbit operations in her role at Astroscale U.S., where she serves as the Director of Advanced Systems. She previously led KSAT’s standardized ground network development in the U.S. and, as a consultant and industry analyst, advised companies throughout the value chain on key opportunities & strategic direction. She started her career in astrobiology research before focusing her passion for space on building the business environment and underlying infrastructure necessary to facilitate dynamic industry expansion.

Carolyn holds a Bachelor’s degree from The Colorado College with a focus in Biology and Chemistry and completed the International Space University’s multidisciplinary Master’s program in Space Management. She has been active in leading STEM outreach initiatives such as Yuri's Night and Cool Science as well as efforts to strengthen women’s roles and recognition within the space industry. 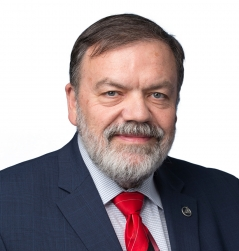 Ted Muelhaupt is the principal director of Aerospace’s Center for Orbital and Reentry Debris Studies (CORDS). Applying more than 40 years of experience in analysis and operation of space systems, Muelhaupt provides corporate oversight for space debris analysis for Aerospace. In CORDS, Aerospace has one of the largest concentrations of space debris and collision avoidance experts in the world.

Muelhaupt is also the principal director of the Southwest Regional Office at The Aerospace Corporation, working out of the corporation’s Albuquerque, New Mexico, office. Muelhaupt is the deputy operations lead for National ETG, tasked with expanding the application of Aerospace’s subject matter expertise located in the Engineering and Technology Group (ETG) to our increasingly diversified customers in locations such as Albuquerque.

In addition to space debris and space traffic management, Muelhaupt’s technical specialties include orbit analysis, modeling and simulation, performance analysis, and software development. He has been a leading proponent of system visualization techniques and a leader or sponsor of major software tool developments. Throughout his career, he has also been a corporate leader in information technology issues, especially as they are applied to users. Muelhaupt joined The Aerospace Corporation in 1980. 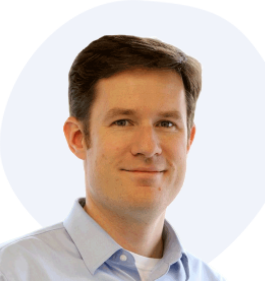 Dan Ceperley is the CEO and cofounder of LeoLabs. He, and the founding team, created LeoLabs to drive advances in space traffic safety, space situational awareness (SSA), and preservation of the space environment through actionable, real-time information. Prior to LeoLabs, he worked at SRI International, a not-for-profit research laboratory, where he was the Program Director for Space Debris Tracking, the Deputy Director of the Oceans and Space Systems Center, and the supervisor for the Allen Telescope Array (a radio astronomy facility in northern California). Dr. Ceperley led numerous SSA research and development efforts aimed at developing technologies for tracking the large constellations of low-cost satellites created by the recent wave of innovation in the space industry. Dan got his start in the space industry working on the design of the Terrestrial Planet Finder Coronagraph (TPF-C) as part of a research program supporting the Jet Propulsion Laboratory (JPL). His work investigated the optical performance of advanced concepts for imaging Earth-like planets orbiting other stars. 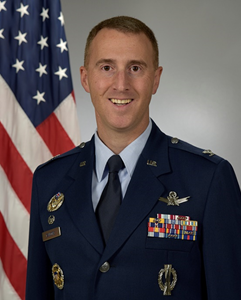 In this capacity, he is responsible to the Deputy Commanding General, Operations, Space Operations Command, for all orbital warfare, space electronic warfare , space domain awareness, and cyber capabilities generated, employed and sustained in the command, as well as employment considerations, planning factors, and integration with Combatant Command requirements, plans and directives.​ 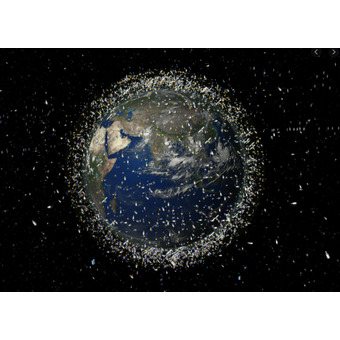