***UPDATE AND NEW DATE AND TIME - THIS EVENT HAS BEEN POSTPONED TO THURSDAY, OCTOBER 21ST. IF YOU HAVE ALREADY REGISTERED AND CANNOT MAKE THAT DATE, PLEASE LET US KNOW AND WE WILL REFUND YOUR REGISTRATION FEE.  OTHERWISE, WE WILL SEE YOU ON THE 21ST!***

Can humans live and work in space – permanently? Is humankind’s destiny to become an off-world (or multi-world) species? Is it science fiction, or have we reached a point where it’s just a matter of time, resources, and imagination?

In 1976, Gerard K. O’Neill spelled out a vision in The High Frontier to build rotating cylinders in space that could house thousands of people in comfortable conditions. Although O’Neill’s work seemed far-fetched to some, he proved that it was technically feasible and only required humanity’s will to see his vision come to fruition. While The High Frontier inspired a generation of aspiring space citizens, enthusiasm for living and working in space dwindled over time.

The resurgence of space activity in the 21st century, however, has renewed enthusiasm among those who wish to see O’Neill’s vision become reality within decades instead of centuries. The size of the space economy as a whole had expanded to nearly half a trillion dollars in 2020. In addition, tech entrepreneurs such as Jeff Bezos and Elon Musk have invested their time and resources in ventures that could one day make space tourism relatively accessible to more than just the most wealthy.

But moving from space tourism to vibrant communities in space will require much more than the passion of billionaires - it will also require government action that encourages economic development and international cooperation in space. The Beyond Earth Institute was created in 2020 with the mission of shaping space policy and regulation in a way that accelerates the establishment of communities beyond Earth - and benefits all of humanity in the process. Join SSPI for a moderated panel discussion with the founders of Beyond Earth and other experts in space policy to learn what defines a community in space, how emerging technologies like Space Solar Power will enable space habitation, how large-scale space infrastructure projects could be financed, and how legal frameworks such as the Outer Space Treaty could lead to a future where large groups of people are happily living and working in space. 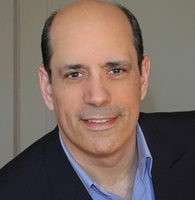 Steven Wolfe is a Beyond Earth Institute co-founder. He is also Deputy Executive Director for Global Spaceport Alliance and partner at CWSP International. He serves as the Space and Board of Editors for the Journal of Space Philosophy. Steve served in Washington as the executive director of the Congressional Space Caucus and drafted the Space Settlement Act of 1988. The bill was signed into law as part of the NASA Authorization bill. Steve is the author of The Obligation: A Journey to Discover Human Purpose on Earth and in the Cosmos. 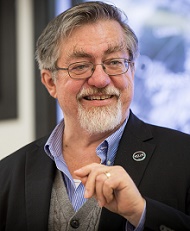 John C. Mankins is President of Artemis Innovation Management Solutions LLC and of Mankins Space Technology, Inc. He is also Vice President of the Moon Village Association, Chair of the IAF Space Power Committee, and serves on the Boards of both the National Space Society and of SPACE Canada. He is also on the faculty of the on-line Kepler Space Institute, and is an Advisor to the Beyond Earth Institute. During his 25-year career at NASA and JPL he held numerous positions, including serving as Chief Technologist for Human Exploration and Development of Space at NASA HQ, where he received the NASA Exceptional Technology Achievement Medal, and created & managed the $1B per year Exploration Systems Research and Technology program. He holds a B.S. from Harvey Mudd College and an M.S. from UCLA in Physics, and an MBA from Claremont Graduate University, and is a member of both the AAAS and the International Academy of Astronautics. Mankins is best known for writing in the early 1990s the first detailed definitions of the “TRLs” – Technology Readiness Levels – and as the world’s leading expert in the field of “Space Solar Power”. 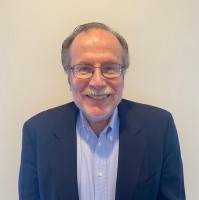 Courtney Stadd is Founder/President, Capitol Alliance Solutions, LLC, a Washington, DC based management consulting firm whose clients include a wide range of pioneering commercial space actors. For nearly 40 years, Stadd’s career path has been a mix of senior government leadership and corporate executive jobs – primarily focused on encouraging the removal of policy and regulatory barriers to the emergence of a competitive American-led commercial space marketplace. He has held multiple senior positions at the US Department of Commerce, the US Department of Transportation, the White House, and worked directly for three NASA Administrators, including as Chief of Staff/White House Liaison. As Senior Director, White House National Space Council, he helped draft numerous Presidential directives encouraging a competitive commercial space industry, including commercial space guidelines which have governed executive agency use of commercial space products and services for over 30 years. He is a member of the Washington Space Business Roundtable Board of Directors and Chair, Programs, 2020-2021. He was also appointed Vice Chair, Aerospace Industries Association Civil Space Committee, 2021. He is a long-time adviser to the UN NGO, Space Week Association. Mr. Stadd was selected to participate in NASA’s Oral History series. 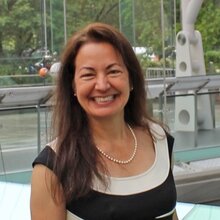 Michelle Hanlon is Co-Director of the Air and Space Law Program at the University of Mississippi School of Law and its Center for Air and Space Law. She is also a Co-Founder and President of For All Moonkind, Inc., a nonprofit corporation that is the only organization in the world focused on protecting human cultural heritage in outer space. For All Moonkind has been recognized by the United Nations as a Permanent Observer to the United Nations Committee on the Peaceful Uses of Outer Space. Michelle Chairs the International Committee of the National Space Society and is the Editor-in-Chief of the Journal of Space Law, the world’s oldest law journal dedicated to the legal problems arising out of human activities in outer space. 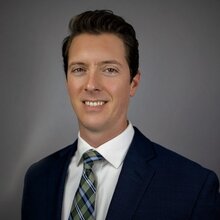 Moderator - Tyler Bender is a Research Associate with the Beyond Earth Institute. He has a Masters of Arts in International Relations from the Josef Korbel School of International Studies at the University of Denver, where he studied the intersection of U.S. foreign policy and global economics. A Marine Corps veteran with a decade of experience in broadband telecommunications, Tyler is also a former independent candidate for the U.S. Congress. During his campaign to represent Indiana’s 3rd district in the 2018 midterms, he advocated for an end to partisan gridlock and stronger U.S. leadership in expanding humanity’s presence in outer space. 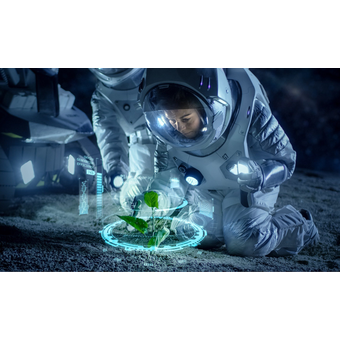